A big week of releases!

23 Sep A big week of releases!

Oh hello, i didn’t see you there!

Its a big week for releases that are Vienna People related! We’re very excited about being able to share a bunch of new music with all ya’ll. Stay up to date with what’s coming out of the studio at our soundcloud.

The Khanz new single ‘Falling Apart’ is set for release on September 25, proudly produced, recorded and mixed at Vienna People, and its killer! The video is one of the most interesting things we’ve ever seen, it took the better part of a year to make, and stars a face you just might recognise, depending on your level of watching of British television (sort it out). Here’s a sneak peak of the track, the footage taken from our onesie party we had as pre production for the Khanz debut album they’re doing at VP. Some big news about this relationship coming on the day of the single launch!

Two days later, the 2nd single from the forthcoming Little May debut EP, ‘Hide’ will be given unto the ears of the world. A world away from their debut track, ‘Boardwalks’, Hide is a dark, primal and lush exploration of betrayal that begs for beating chests and beating hearts every step of the way. We are very fortunate to have had the opportunity to work with the girls on this song, and EP, and feel like there’s will be a name often spoken of in years to come. You can listen to ‘Hide’ on our soundcloud, or download it for zero dollars from their unearthed page. BARGAIN. Here’s a sweet review of it also. 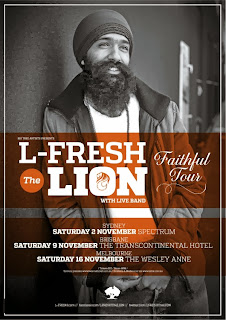 ‘Faithful’ is the second single from Vienna People Recordings artist L-FRESH the LION’s debut album ‘One’ – FRESH has just announced he will be touring the east coast in support of its release – Brisbane, Sydney and Melbourne will be getting a chance to see FRESH and his amazing live band bring the beats and rhymes with passion, humbleness and integrity. He has started a pozible campaign in order to get some funding to take the 7 piece band on the road, you can check that out here – there’s some great rewards for all donations, and we know FRESH would be so thankful if you were able to help out in any way. We saw the first cut of the video for Faithful this morning – it was shot in south-west sydney (where FRESH is from) and tells a great story in beautiful imagery. We can’t wait for you to hear it!

We spent last week working on the debut release from Lisa De Angelis, and it is groooooooooving. Great drum feels, guide vocals happening and arrangements pretty well worked out. Lisa spent so much time here she even began to learn the rules of FIFA enough to exclaim at appropriate intervals. You can hear a demo of two of the songs on her soundcloud to get an idea of the flavours. Also, the words are stunning – we think Lisa is lady Bob Dylan! Excited to continue work on this one next month. 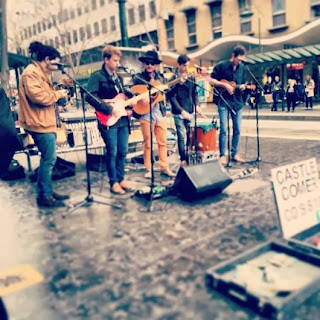 Castlecomer are at Vienna People this week, beginning pre-production for their next release!
If you like 5 part harmonies for guys who have been singing together for their whole lives, wonderfully organic and interesting songs, great hat/sunnies combos and people who play cajon so hard they bleed constantly, then you’d love to be in our seats all week.
Check out the boys 400 bazillion times watched youtube videos!
So excited!!
Have a wonderful week of new music!
Love from Mike and Scotty
What we’re listening to this week
1. Castlecomer – Heaven is closer
2. A.A.Bondy – The mightiest of guns
3. Dinah Lee – Cathedral Square
4. Brand New – Logan to government centre
5. Slipknot – Vermillion Pt II
6. Justin Timberlake – What goes around…comes around
7. Take that – Back for good
8. Blind Melon – No rain
9. The Doors – Been down so long
10. Class 1C – Funzilla