The year of the Vienna people

01 Jul The year of the Vienna people

Greetings to all Vienna Persons, on this new day of the financial year. You may notice that we are probably the least finance industry type humans in the known universe (Michael wears a jumper 9 sizes too big for him, and scotty rarely if ever wears enclosed shoes (don’t tell work cover)), but we felt it appropriate to recognise this, as we’ve made some big changes to our business and want to tell you all about them!

Vienna People has had the absolute pleasure of working with some breathtakingly incredible artists in the last few months!

We are almost done with the L FRESH aka the LION album ‘One’, which is one of the most inspiring and bangin’ records we’ve heard. Fresh is a giant in the Aussie hip-hop industry, a truly beautiful and humble man with a load of insightful and important messages that we can all learn a thing or two from, and we’re very proud at the love his debut single ‘One’ has received so far (it’s been on jjj a bunch of times, as well as the video being played on rage (check it! ) a bunch of times. He was also the jjj unearthed feature artist in June –  Dave Ruby Howe had this to say about the track – ‘L-FRESH does it again. A big, shining vibe on this one and L just glides over it all with a smart delivery’. Stay tuned for when the album drops later this year!

Little May are a three piece folk band from Sydney who are about to break all the hearts of every man in the entire universe when their debut single ‘Boardwalks’ is released tonight (stay up to date with that on their page here on their facebook ). Boardwalks was produced and recorded with us, and we got to mix the rest of the EP here too – it is stunningly beautiful, lyrically and instrumentally gorgeous, and we expect such huge things for this wonderful group of girls. They also just shot the Boardwalks film clip with Sean Dooley, who is one of Sydney’s most amazing directors! 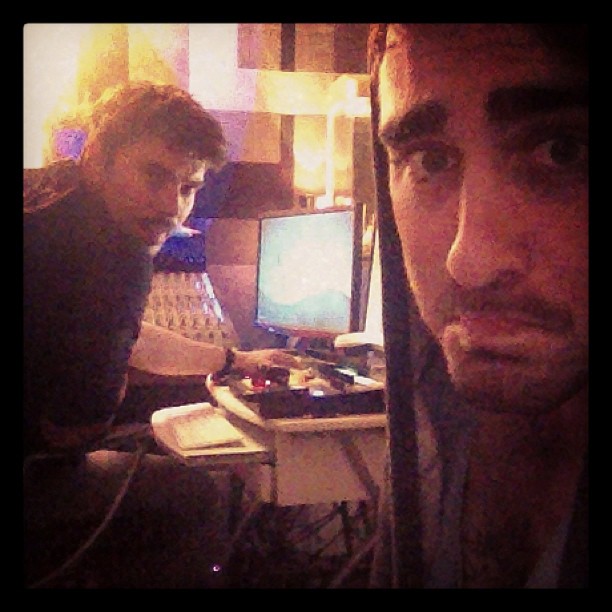 Our good friend and Vienna People veteran Cam Nacson is basically the busiest human in the music industry right now. After he produced the ridiculously successful and all important australian cover of Mackelmore’s ‘Same love’ (watch it here ) he brought some new songs to VP and asked Michael to produce his new EP. Featuring Ash O’Brien and Mary Bokey, this EP is Cam Nacson at his finest, displaying his great songwriting abilities and the voice that makes the ladies come-a-runnin’. He quickly jetted off to the US straight after recording with us to shoot the video for his next single ‘Come find me’ which is a huge track. Don’t drink too much tequila again, Nacs. 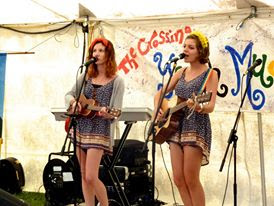 ‘Jupiter and the moon’ are a name you’re very likely to be hearing a lot of in the near future. Hannah and Lily were only 16 when they came into VP to record their first single ‘Sail away’, but they certainly brought abilities well beyond their years. Michael met Hannah at our open mic night, and this girl absolute blows the roof off the stage, commanding the attention of anyone in earshot. ‘Sail away’ is making its way up the jjj unearthed high charts, well done girls, we can’t wait to see you up the top! Dave Ruby Howe said this – ‘ This develops into a really charming folk-pop tune. While you’re smiling at the hand claps and harmonies, listen out for the depth in instrumentation – there’s some great layering here’.

With all the amazing artists that support us, sometimes we’re lucky enough to have a chance to really help communities and causes we believe in – two such instances occurred recently at Vienna People; 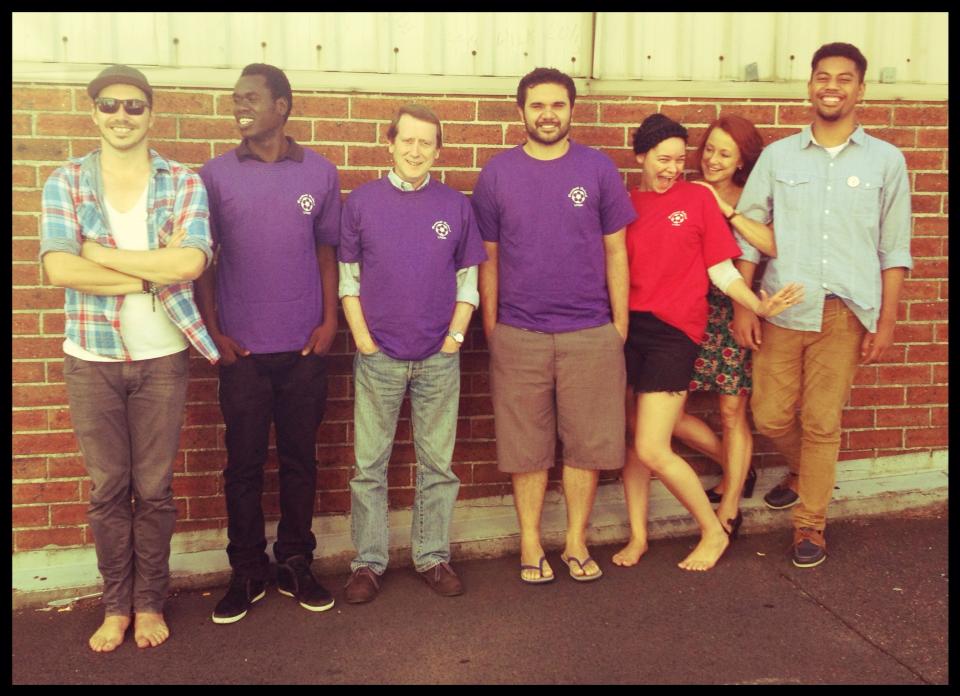 The first was writing and recording a song for the incredible charity ‘football united’. Football united’s mission is to seek to assist young refugees in their integration to Australia by providing a supporting
and enjoyable environment through a football (soccer) development program. The program more generally looks at how we can create and maintain harmonious and cohesive society where all can flourish – its really quite beautiful. Amazingly, the song ‘Field of Dreams’ was performed at the FIFA forum closing ceremony last week!!! So huge for the guys, well done! (If you have $1.69 and want to hear a freaking cool song, you can get it on iTunes here) 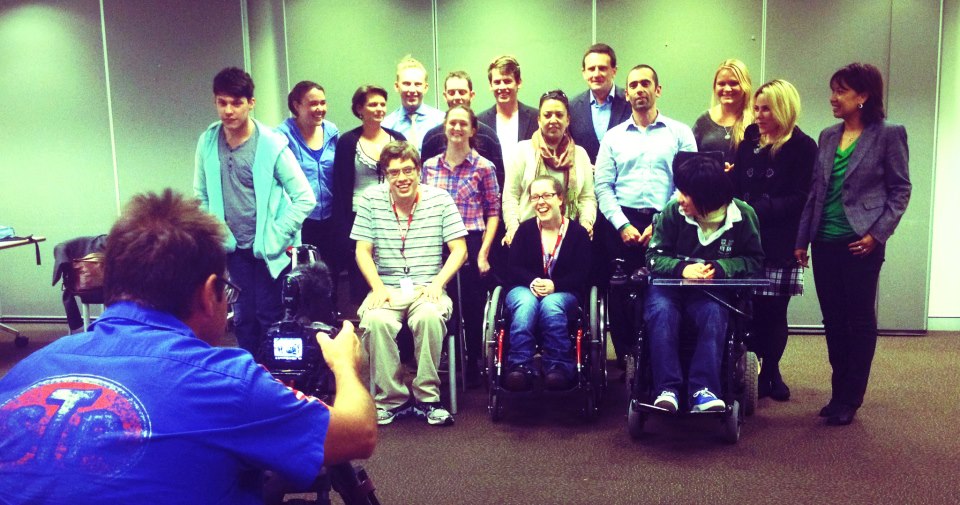 The second was producing the new Xater Bay single ‘Raise you up’ which the boys wrote in support of the ‘Believe Achieve initiative’ new video, which has had 35000+ youtube hits in just a few short days. The project aims to raise awareness about cerebral palsy, using this video in particular to support sufferers by showing them that with positivity and belief in oneself, ability and result can occur no matter what your circumstances. That song is available on iTunes too, all proceeds going to the initiative. Great work to everyone involved, thanks to Xater Bay for getting us involved! 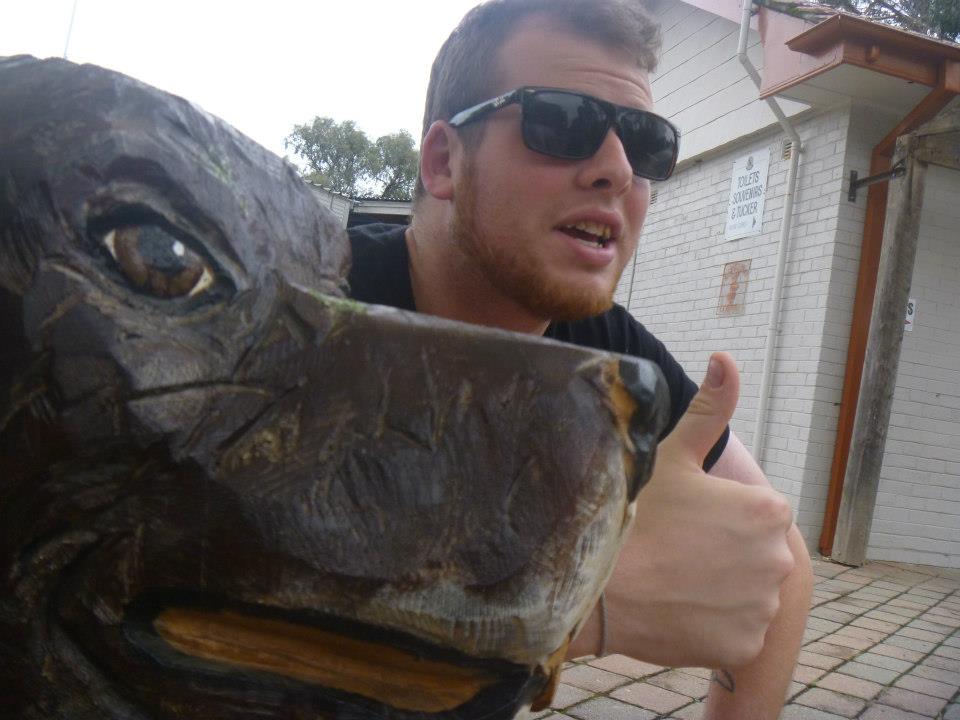 In other VP news, we got some new microphones! Neumann is our first love, and we now have both a U47 fet and a U87 in our arsenal. We also have a TASCAM PE-40 parametric EQ to play with. Oh, and this guy (not the puppy) works here full time now, as an engineer and business manager. His name is Scott, and he enjoys things such as parallel vocal compression, harmonium and songs that are by Radiohead.

FYI if you’re a sydney musician interested in a cool jam night, we sponsor and run an Open-mic at the Kirribilli Hotel in Milsons point on thursday nights at 7pm – come along for good food and beers, and some great talent!

Things are heating up for us, we’ve got some really cool things to share with you soon – they involve TV shows, trading hours alterations, website changes, PLAYSTATIONS and heaps more exciting, weird, fun, important and game-changing music made with the heart!

The 2013/14 financial year; the year of the Vienna People

What we’re listening to this week!